Check out many other authors, books & Red Haircrow’s review of “Spirits of Blood, Spirits of Breath: The Twinned Cosmos of #Indigenous America” by Barbara Alice Mann (Seneca) in NAIS: Native American and Indigenous Studies’s latest journal, Vol.5.1 2018, at the University of Minnesota. Copies available here https://www.upress.umn.edu/journal-division/journals/nais

An excerpt from the two-page review: “Spirits of Blood, Spirits of Breath” is a collection of different and sometimes distinct indigenous perceptions, stories, legends and, while some people might call them myths, as in fiction, these are histories and explanations orally passed down that are believed true or are rooted in truth. As the aphorism states, “The absence of evidence is not evidence of absence.”  Yet this book is more than a systematic gathering of related information primarily on serpents and thunderbirds or sky and earth beings, none unique or forbidden because it is all available if you know where to look, and far more than a work detailing then condemning European proclivities, past or present.  It is correction by example, of misattribution, mislabeling, and at times a “blow-by-blow” timeline of western interference and biased disdain for actual native wisdom and realities, while conversely other Europeans appropriated and erased.”

Two of my poems, “The Color of Your Skin” and “Threatened by Beads” are included in this anthology of essays, art, poetry and more. First appearing in Red Ink International Journal’s special issue, Standing With Standing Rock (December 2016), my work was translated to German for this edition of Neue Rundschau, published by S. Fischer Verlag. 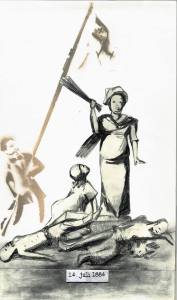 From the Facebook event page: Publication Launch of “Writing History”. Edited by Sharon Dodua Otoo and Manuela Bauche, who have asked writers, artists and academics about their vision of “writing history” for the latest edition of the magazine Neue Rundschau (S. Fischer Verlag).  As part of the symposium: “New Perspectives”. More information and registration details are available at the Xartsplitta website.

Synopsis: “Hegemonic historiographies – such as those about colonialism – are increasingly beginning to falter, are being rewritten and reperspectived. However, this does not happen by itself, but is also driven by the year-long struggles of activists, such as initiatives of Black people and other People of Colour. How can history be told differently? Is historical injustice comparable? Can history not also be decentered and complex? 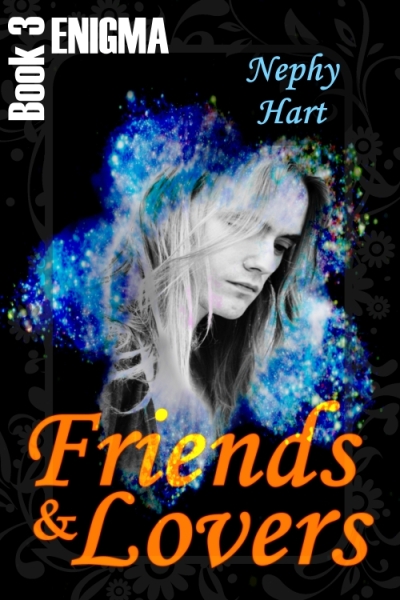 Tagline: “Problems have a habit of creeping up on you, and when you try to run they’re never more than one step behind.”

Blurb:  “Silver and River are healing, but both are still struggling to reconcile Silver’s life before his time at the Theatre De La Vie, with after. It doesn’t help that Ariel keeps coming around and causing trouble. When he encourages Silver to collect Ben from school he unleashes a can of worms that could easily have had fatal consequences.”

Synopsis: “Silver is trying hard to settle down again with Ben and River after the events at the Theatre De La Vie, but he isn’t the same person anymore and River is having a hard time dealing with the changes. One of the hardest things he has to cope with is Ariel, Silver’s new best friend, who makes Silver act like a teenager and causes trouble wherever he goes. When that trouble touches Ben, it sparks off a chain reaction that almost ends in tragedy.

In the meantime, Ariel has his own fallout to deal with. After finally finding someone to whom he might give his heart, he very nearly loses him by…well by being Ariel.

With his family life in tatters and his best friend lurching from one disaster to the next, Silver needs to be stronger than he’s ever been. The problem is he’s not feeling very strong at all. In fact, there are times when he thinks it would be so much better if he just went back to that place inside his head where he was safely shut away from the world, and that place is getting closer all the time.”

Other books in the series:

Enigma, book 1 of Enigma:
“When nurse-in-training River Caulfield improbably finds love with Silver, a mysterious patient at the Care House where he works, he’s faced with a dilemma that his career may be threatened because of their attraction. Yet when dangerous elements from Silver’s past catch up to them both, he realizes there is much more at stake than his professional dreams. Their very lives may be forfeit!”

Fighting the Man, book 2 of Enigma:
“River had always known that living with a freed sex slave, even one as sweet as Silver, was never going to be easy. It gets a lot harder when his parents are killed leaving him to care for his young brother. When Social Services get involved he has a choice to make. Unfortunately, he makes a choice that leaves the relationship in jeopardy as much as the master who returns to claim his former pet.”

Formerly known as Nephylim, Nephy Hart was born into a poor but loving mining family in the United Kingdom, Nephy grew up in the beautiful and history rich South Wales Valleys, becoming the first in her family to attend university. As a lawyer practicing Family Law for several years, the profession allowed Nephy to learn more about human nature at its worst and best moments, and develop empathy and a view of life not limited by social standing or background.

Tapping into the heritage of her people that throughout Earth’s ages welcomed the wandering bard into the hearts of their villages as keepers of lore, Nephy trained as a Druid and brings the richness of her Celtic past and spiritual training to enrich and elevate her writing. Since a child Nephy has been fascinated with other worlds, which exist within and alongside her own and has reveled in creating worlds and characters for others to enjoy.

Despite lack of family support, Nephy continued writing privately and eventually found the Gay Authors website. With the positive response and a warm welcome received, she found the confidence to pursue her passion to a greater degree. Feeling gay fiction was a woefully neglected corner of the market where readers were all too often presented with what amounted to erotica, Nephy strives to write quality gay fiction where sex and sexuality is not the central premise. Instead, concentration is given to character and narrative development through storytelling that goes beyond the physical.