Thanks to Everyone! Feb.11-Our Screening at Delphi Theater in Berlin! 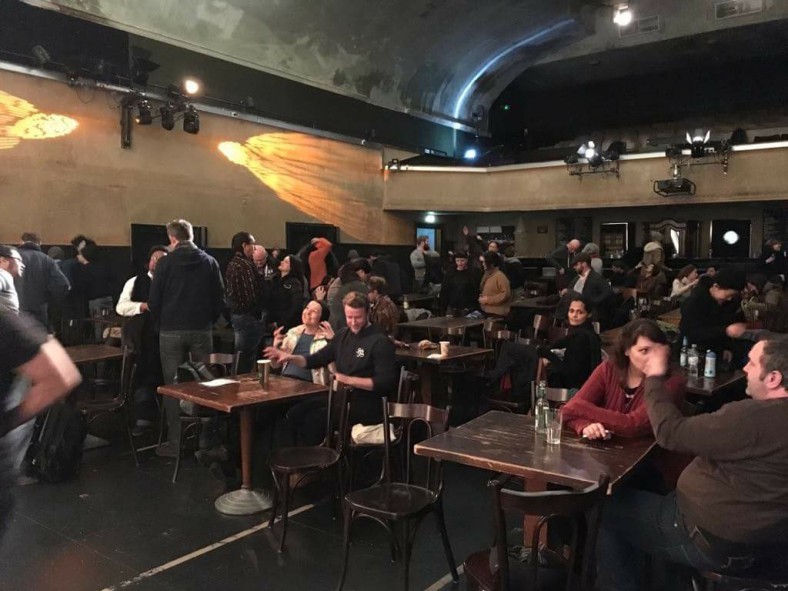 Sincere thanks to everyone who came out to our screening of Forget Winnetou! Loving in the Wrong Way, (formerly, Going Beyond Native Stereotypes) on Sunday, at the Delphi Theater in Berlin! I so appreciate each and every one for taking the time on a rather sleepy Sunday. Here’s a photo from the Q&A panel that included myself, Johnny Clyde, Viveka Frost and Kendall Old Elk. Special shout-out to Therese Degen for moderating in a great way!

We first saw Viveka Frost’s short documentary as part of an upcoming full length film. It’s titled Reclamation. Before going on to “Forget Winnetou!” and a talk after the film. Better dialogue, collaboration, communication. We need these things on so many challenging issues in our societies and world.

This was our only scheduled screening in Berlin at this point in time. Naturally, we would love to show it other places. If you are interested in a screening at your university, organization, group and so forth, please contact us for your idea or offer.

Logline: “It’s not about Winnetou. It’s about you and us.” 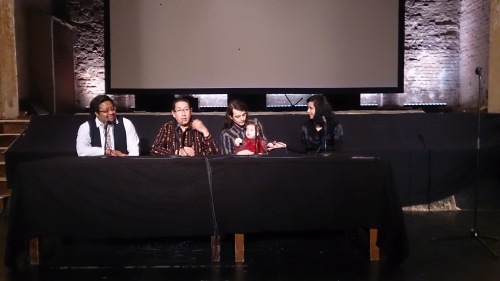 A sincere thank you to everyone who came out to participate and help with filming great scenes that will be included in upcoming documentary Forget Winnetou! Going Beyond Native Stereotypes and as production extras for the DVD! It was a beautiful and sunny afternoon in Germany beside the picturesque Tegelsee in Berlin. As I am almost exclusively “behind the camera”, it was nice to finally see myself in photos, which were taken by Viveka Frost and Haven Smith, who are part of our team.

The new trailer for “Forget Winnetou!” is here. German version will be available very soon also. This is the longer, explanatory trailer, but we will do a short teaser (50-59s), too. Thank you to all the participants and constructive feedback, and we look forward to sharing the finished documentary with everyone in December!

Intro: “What does a world look like that respects indigenous peoples, that’s working to end racism, colonialism and intersecting oppression on a global scale? A part of that is stopping stereotyping, and Native stereotypes are some of the most pervasive and recognized, but most don’t know their origins or the real harm they do.”

Background On Our #Documentary Directors (us!) & The Last Official Week of our #Crowdfunding Campaign

Around three years ago, I first heard through a mutual acquaintance, that a German guy named Timo Kiesel was interested in doing a film project about Native stereotypes. While not skeptical, though knowing nothing about him (and the mutual friend wouldn’t have passed the message along if he was sketchy), Timo’s motivation and aim was my concern. Understanding the issues? Honesty? Trustworthiness?

Since I’ve been in Germany, my work is out there such as in ICTMN or my website, and I’d been contacted before by German studios or individuals seeking “authenticity” for their productions, but almost all of which turned out to be deliberately ignorant because they rejected historical accuracy (even in documentaries) in favor of stereotypical Indians and stories that were “fun for German audiences” but misrepresentative or are outright offensive in content. One example? In 2013, “The White Comanche” (very loosely interpreted to tabloid level) documentary (originally titled “The White Squaw”, I’m dead serious), I was asked to be a consultant under contract.

Very enthusiastically, the representative assured me the writers and producers wanted to be accurate, such as having natives play natives, and I began working for those aims. Yet as the days passed, the contract never came, the script and story became more eccentric and misrepresentative of known facts, and the rep finally admitted they had been contacted by hobbyists or clubs which acts as “Indians” willing to work and provide equipment and a setting just to be in the production. I was never paid for the work I’d done, they still owe me, and the production itself ended up being horrendously demeaning to the Comanche people. I’m looking at you Bilderfest.

So, I was deeply wary of anyone seeking me out for consulting on a documentary anymore. I told our mutual friend to have Timo contact me directly, no intermediaries, but due to schedules or whatever, I didn’t hear from him again for nearly a year. During the time, working as I still did in a small local restaurant to support myself, doing supplementary workshops on native themes, going to university full-time and as a single parent of a special needs teen, I had little time anyway. Through 2014, separately, we continued our research, gathering experiences and observations, even filming material for the eventual product. I continued writing on the themes, and expanding my knowledge, contacts and awareness through native organizations, communities, relatives and friends, and Timo did the same in his own networks and contacts throughout Europe, while working as a trainer and consultant at the anti-racism organization, glokal e.V.

In February 2015, we met for the first time and had a productive conversation. The proverbial wheels were set in motion, plans were laid and built upon, yet as ever, life had unexpected twists and turns. END_OF_DOCUMENT_TOKEN_TO_BE_REPLACED