The Final Chapter to The A-Men Trilogy by John Trevillian launches in March 2012! 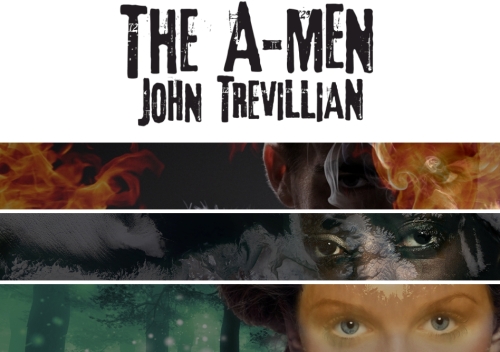 Switching Dead City for the crystal arks of the thirteen corporate colonies, Jack comes face to face with the full extremity of D’Alessandro’s master plan.

With the help of Pure, Dingo the Wonder Dog and the blind, psychic detective Arken Ellis Winterman, Jack is led back to D’Arkadia, his family’s deserted starstation, for a final confrontation with the terrible past he has tried so desperately to escape.”

John Trevillian is an award-winning British author of neopunk science fiction. Fascinated by the crossover points of technology, religion and myth, Trevillian’s work is informed as much by the roles of magazine editor, technology writer and IT journalist as his training in the Order of Bards, Ovates and Druids and Native American Shamanism (Lakota Sioux). He also travels extensively and is founder of the Talliston interior design and art project, both attempts to realise a life full of enchantment, magic and those mysterious forces of story which move the human soul.

The A-Men on Amazon.co.uk

The A-Men on Amazon.com 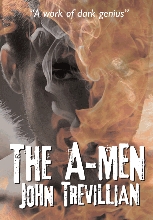 “Jack is a man with no memory awakening in a dark and dangerous metropolis on the eve of its destruction. The only clue to his former life: a handwritten note in the pages of a book of faerie tales entitled Forevermore.

Marked for death in a peace-keeping force sent to quell the riots, he finds sanctuary and survival with other renegades on the streets of Dead City. Battling to survive they form the infamous A-Men, misfits who have a unifying dream: to be special. Yet that is until their paths cross with Dr Nathaniel Glass and his mysterious experiment locked deep beneath the Phoenix Tower.

Mixing dark future, noir and urban fantasy, join The Nowhereman, Sister Midnight, Pure, D’Alessandro and the 23rdxenturyboy as they fight for their lives on a non-stop ride into a nightmarish world of ultra-violence. If the world’s going to end, pray it doesn’t end like this.”

“…half Mad Max and half Warhammer 40,000”–Nostalgia For Infinity

“Ultimately, this is an awesome read, really gritty, full of dark adventure and razor-sharp humour.”–Ruben Lake

Hardboiled science fiction action beginning as fast-paced future noir, yet with a heart of mythic fantasy.

“Four years have passed since the destruction of the Phoenix Tower and with it the infamous A-Men. The once-great Dead City is now a no-go zone; abandoned and forgotten. Living in this nightmarish underworld Jack is a twisted shadow of his former self, a lone survivor in a world of warring ganglords and their crazed disciples.

Yet something is stirring in the sanctuary of the near-space starstations; a realisation that its governing sentience is dying and the one thing that can save civilisation fell to earth a long, long time ago.

From unrelentingly visceral to outrageously comic, this is a harsh and poetic twenty-second century noir fable. Yet beneath the hardboiled action is a philosophical journey of one man’s rebirth in a harsh and unforgiving world.”

“The conclusion to The A-Men trilogy. Switching Dead City for the crystal arks of the thirteen corporate colonies, Jack comes face to face with the full extremity of D’Alessandro’s master plan. Awakening as godking in the fantasy realms of Forevermore, effectively trapped within the pages of his own faerie tale book, he realises his only chance at redemption is to reform the A-Men for one last amazing adventure.

With the help of Pure, Dingo the Wonder Dog and the blind, psychic detective Arken Ellis Winterman, Jack finds his path leads inextricably back to D’Arkadia, his family’s deserted starstation, for a final confrontation with the terrible past he has tried so desperately to escape.

An astonishing final chapter to the A-Men trilogy, this is a story of the realisation that nothing is forever, and of identifying what is important before it is far, far too late.”

This is a full and unabridged audio podcast recording of the science fiction novel The A-Men by John Trevillian.

Music courtesy of Magnatune, with special thanks to Adam Fielding for the use of From Out Of Nowhere for the title track.